Kaolin, a mineral additive, AKA China clay, is nearly white in color and is considered as one of the most used mineral additives or filler or pigment depending upon the usage.  Its fine particle size and pure coloring distinguish it from other industrial clays.  Its ability to disperse in water makes it an ideal pigment and a recommended mineral additive.
The primary constituent in kaolin is the mineral kaolinite, a hydrous aluminum silicate formed by the decomposition of minerals such as feldspar. Kaolinite has a low shrink-swell capacity and a low cation-exchange capacity (1–15 meq/100 g) and its chemical name is: Al2Si2O5(OH)4

Kaolin: Origin of the white additive

The name kaolin derives from the Chinese and means high ridge.  High ridge is a reference to the hill in south-eastern China where the clay was originally discovered and used.  In the 7th and 8th centuries, the Chinese were the first to use kaolin as a mineral additive to make porcelain.  It was not until centuries later that other areas of the world could duplicate the process.

Kaolin deposits with suitable whiteness, viscosity, and other favorable characteristics are rare, Although, are found throughout the world.  Ironically, the best deposits are not located in China.  The United States has high-quality deposits in the Southeast.  The mineral has been mined since colonial times in Georgia and South Carolina.  Other valuable deposits are located in Brazil and the United Kingdom. India has its reserves/resources of KAOLIN in states like Kerala, Rajasthan, West Bengal, Odisha, and Karnataka.

To improve the mechanical strength and resistance to abrasion, a considerable quantity of kaolin is used for filling rubbers. For this purpose, the clay used must be extremely pure kaolinite and exceedingly fine-grained.

In Drug and Pharma industries:

Kaolin is used for the manufacturing of cosmetics and pharmaceutical products like face powder, talcum powder, toothpaste, tooth powder, adhesives, surgical plaster, lotion, and ointment for external use and porcelain in dental preparation.

Kaolin is used in white paint. It is also used in oil paint owing to its high oil absorption. It is used as an extender or a suspending agent in oil paints and as pigments in water paints or distempers. Kaolin has properties such as white color, easy dispersion, anti-settling, and chemical inertness, which are the main criteria for its use in paint industries.

The word ceramic is derived from the Greek word “Keramos” which originally meant fired and fused common clays. The manufacturing consists of mixing China clay, quartz or silica, and other types of clay, feldspar, and some flux with water. This mixture is well ground, thoroughly stirred up, filtered, pressed, and molded into the required shape. It is then dried and fired at a temperature ranging from 1200⁰ to 1500⁰ Celsius.

Kaolin is used as a functional extender for adding strength, electrical resistance (important in PVC cable covers), and gloss. China Clay has Low specific gravity, fine particle size, high dispersion, poor electrical conductivity, high reflectivity, low water absorption (i.e. low shrinkage on drying), and inertness which are the important criteria for this application. In polythene film, Kaolin can enhance absorption characteristics. During the curing process of polyester resin, the intensity of the exothermic reaction is to some extent contained by china clay by virtue of its water content.

Kaolin serves as a paper coating that enhances the paper’s appearance by adding brightness, smoothness, and gloss.  It also improves printability.  In the paper industry, Kaolin is used as a white filler as it increases opacity, printability, gloss, and brightness. Approximately 40 percent of the kaolin produced worldwide is used in the filling and coating of paper. In coating, the kaolin is plated along with an adhesive on the paper’s surface to give the gloss, color, high opacity, and greater printability. Kaolin used for coating is prepared so that most of the kaolinite particles are less than two micrometers in diameter.

Other uses of Kaolin:

Where to find Kaolin:

Jagdamba Minerals is one of the Leading Manufacturers of Kaolin in Rajasthan and the quality of Kaolin clay produced is top grade suited for varied industries. 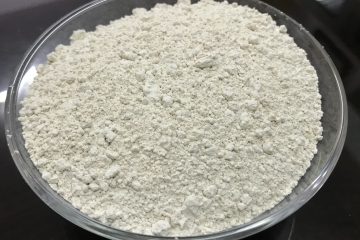 Zeolite – Real value actually delivered to the Aquaculture and Feed 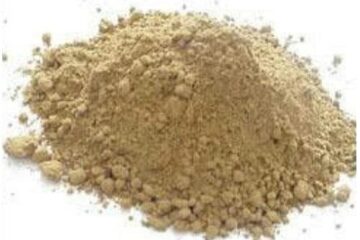 Bentonite – A powerful drilling mud and a tested toxin binder

Bentonite a powerful drilling mud and a tested toxin binder is named after Benton Shale, Wyoming, United States, where it was initially founded. This clay is usually formed from the weathering of volcanic ashes generally Read more… 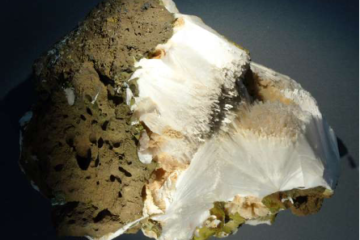 Zeolite – Catalyst and Adsorbent Zeolite (Catalyst and Adsorbent) belongs to the family of hydrated aluminosilicate minerals containing alkali and alkaline-earth metals. They are well-known for their lability towards reversible dehydration and ion-exchange. The main roles Read more…